The Battle for the Lives of Enslaved Children

There are over 27 million slaves in our world today. Never in the history of mankind has the number been so high. 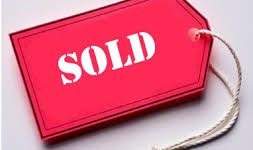 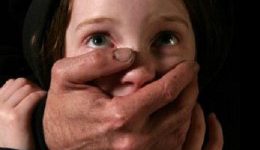 This is not a choice to enter prostitution, this is forced slavery. This is sex trafficking.  This is spreading across America like wild fire and captures an increasing number of unsuspecting families every year.

With a profit of $32 billion yearly, it is second only to arms trading in worldwide annual revenue.

Gary Haugen of Washington DC based IJM (International Justice Mission) calls this “The ugliest, most preventable man-made disaster on the globe today”.1

Asia is an internationally known destination notorious as a haven for pedophiles and prepubescent sex. Girls as young as seven or eight are forced to wave foreigners towards brothels and karaoke bars to purchase sex. These children are trafficked from surrounding areas and countries, kidnapped from rural communities, sold by impoverished family members or exploited by others in their community. Once a girl is controlled by a pimp or brothel owner, she is sold (raped) up to 12 times a night. Often chained to a wall in a stark room, this is her life’s existence during the years she can bring revenue to her “owner.”

“The Spirit of the Sovereign LORD is on me, because the LORD has anointed me to proclaim good news to the poor. He has sent me to bind up the brokenhearted, to proclaim freedom for the captives and release from darkness for the prisoners …” (Isaiah 61:1).

Pete and Debie are partnering with Asian based NGOs and American churches and businesses in the Prevention, Rescue, Restoration and Reintegration of children, victims and families. The functional arms of their ministry are education, economic opportunity and the Gospel of Jesus Christ.  This work process provides a demonstrative parallel to the redemptive work of the Gospel of Christ.

Debbie and Pete Livingston work in the US advancing local community efforts with awarenes and in Asia to enter the spiritual and physical battle for the lives of enslaved children and families with self help initiatives.

Edication, honorable work and the Gospel change culture for the those trapped in this atrocity.

“If to be feeling alive to the sufferings of my fellow creatures is to be a fanatic, I am one of the most incurable fanatics ever permitted to be at large.”

May this be said of us!

So what can you do to get involved?

1. Gary Haugen of International Justice Mission in testimony to the Sub-committee of the US Senate Foreign Relations Committee, April 9, 2003.