I wonder what it takes to say its over.  Done.  Task completed.

As we have become more embedded in the work to end child sex trafficking, it is becoming more obvious that healing takes more than rescuing and prosecuting perpetrators.  Children are forced from what should be a safe environment of their home and family (often forced to do so by those in their home and family).  It is so very important that rescues keep occurring and prosecutions keep proceeding and police and government leaders keep being reminded of the power of position they have to bring about change, but has it ended?  Should we stop while there are children still trapped?  It is important that rescue of one or two or even hundreds does not protect the next young children rising into the culture from the very same atrocious abuse.  Make it illegal, assess fines, imprison offenders, all are important steps.  However, does the beginning of a good work ensure the continuation of it?  If these steps were enough we would have no crime in America.

I wonder what it takes?  What has to happen to end the atrocity of child sex trafficking?  Is the work finished here?

Rescue is a key component of the work of AIM.  We have dedicated men and women who work closely with local and national police to identify trafficked kids, traffickers and the abusers who give rise to the untoward business, which is still alive and quite active in Cambodia.  In Svay Pak, once the outward and quite visible epicenter of child trafficking with a specialty of very young girls, it is now not so outward.  But, do not be deceived, it is still very active.  Svay Pak is a place abusers can come to arrange for a little girl to be brought to their hotel where for days at a time in some cases, these small children are treated as objects for carnal, seedy gratification by the world’s least desirable adults.  Over the last 10 years it has changed.  Instead of door front little girls being offered for sale or rent with men entering those doors to find dirty little cubicles where they take their chosen prey for whatever time frame their budget allows, now city-wide taxi and tuk-tuk drivers know where to deliver wanting men to door front pimps who make shady deals for little girls just like those rescued 10 years ago.  Now, the abuse that was more open 10 years ago has changed venue.  Now it includes delivery right to the abusers hotel.  Seedy room service.  Venue changed?  Yes.  Ended by a venue change?  Certainly not.  Ended because it is now “illegal”?  No.  Still occurs, like the CNN video (on YouTube) shows, “Every day in Cambodia.”

Restoration is a key component of our work with AIM.  I cannot image the thoughts, the dreams, the memories the altered expectations of adults and the prospects of growing up that must be in the minds of a child once they are rescued.  Post-Traumatic Stress Disorder, Wow!  Could there be many situations more dramatic to the emotional development of a child than being serially raped while under the “watch care” of adults who are family or friends?  The work has only begun for the child when the rescue has occurred and the perpetrators dealt with.  In some cases, the child will grow up and into a world that to them seems unchanged. 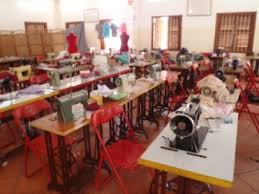 Reintegration is a key component of our work with AIM.  Ponder the life an individual girl.  Rescue, done.  Restoration, in progress.  Reintegration?  What does that mean?  In a world where people abuse children, where there is little value on the life of that child, abuse is not only possible it is probable.  Innately we guard what we value so the very concept of abusing a child indicates that child has little value to the abuser and those who allow it.  Once rescued the child may not be at risk of the abuse but does that automatically change his/her value?  Of course not.  In fact, a child rescued and restored finds moving back into their home or community quite difficult because they have a social stigma of what they “once were.”  Good jobs are not available to them.  Often they are shunned and made to believe that much of what they learned about being valued in the eyes of God in the restoration process is not reality in the reintegration process.  The pressure to now live a life in sex trade by choice or default because there is no other opportunity afforded them is significant.  These rescued and restored victims need opportunities to earn a fair wage in a fair trade and paths to respectability within their own community.  They need to see the value that God has for them recognized by family and friends.

Prevention is a key component of our work with AIM.  Kids are on the streets of Svay Pak and virtually every neighborhood in Asia.  Cambodian children are at high risk of every calamity.  Being hit by a car, run over by a moto, eating spoiled food they find in a trash pile at the curb and yes, stolen to be trafficked.  Every day in Cambodia this is reality.  AIM has rented, through the generosity of committed donors, buildings in the community of Svay Pak (about 80,000 people).  Buildings that in some cases were the primary brothels of 10 years ago.  Buildings along the streets where shady deals for young children are still brokered today.  Buildings into which we can bring children during the most vulnerable times of the day and teach them to read and study.  Places where teachers tell them about the value they have in the eyes of the God who created them.  Teach them, protect them, guide them and keep them from the grabbing arms of those who have designs for their abuse in some hotel room elsewhere in the city perhaps during those same hours.  Alongside AIM volunteers, a team of dedicated local young people are learning to become teachers in equipped classrooms rented right in the neighborhood where their students live.  AIM is teaching them to stand for right on behalf of these children and the very community they are in and in which many of them grew up themselves.  Does that end it?  It is a start but it is not a finish.

“The Spirit of the Lord God is upon me, because the Lord has anointed me to bring good news to the poor; he has sent me to bind up the broken hearted, to proclaim liberty to the captives, and the opening of the prison to those who are bound;2to proclaim the year of the Lord’s favor, and the day of vengeance of our God; to comfort all who mourn.  (Isaiah 61:1-2 ESV)” 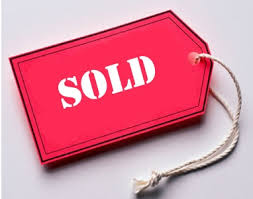 Rescue.  You bet.  Our team rescues and we seldom have sufficient manpower or funds to affect all the rescues of which we are aware.  Right now we have 50 girls from Cambodia trafficked to China, many as “brides” who are awaiting opening in our program to return to their home country.  The police are more cooperative but the crime is still quite rampant in Cambodia.  The presence and activity of AIM is still a necessary powerful influence.

Restoration.  On it.  Materials and methods developed by some of the world’s leading experts on sexual abuse recovery are to tools for restorative work at AIM’s special homes where 24 hour care is administered with the end being successful reintegration of a former victim who sees their life as valuable in the eyes of God even while the people around don’t yet see it.  AIM has extensive therapy for these victims.  It will be years of work.  Decades of work in some cases.  This includes significant spiritual guidance during this period and beyond.

Reintegration.  Engaged for the change.  AIM operates Training Centers where skills are learned that are deployable in the work world of Cambodia.  Training Centers that do more than extract work from the employees but centers that also impart life skills like language, managing money, picking good boy friends and Bible study.  Centers focused on reclaiming and redeveloping the very moral and cultural structure of a community.  Centers that recognize and reward character development not simple attainment of work goals.  From among these rescued, restored and reintegrated victims, AIM is working to establish the next generation of community leaders.  Leaders who will not permit the abuse of a future generation.  A generation of leaders who will lead their community, nation and world in an honorable direction.

Prevention.  In it to end it!  Laws, penalties and enforcers will not end it.    These do not change hearts.  Change occurs from the inside out.  Prevention will occur when the people of Cambodia believe that it is just wrong to abuse each other and especially little children whose innocence does not help them even recognize that what is being done to them is wrong.  Often, they only know it hurts and makes them scared.  Prevention will change their expectations.

It is not over.  Not by a long shot!  Has it changed?  Significantly.  Is it worth continuing even after 10 years of fighting?  Ask a victim. (Nary’s Story and Bella’s Story)

Please consider a donation as your way to engage. DONATE HERE

Please, share this blog with others so that the movement grows worldwide to ende child sex trafficking and restore those who have been its victims.